Congratulations! You've found another way to waste your time. You are welcome!

Aireene Espiritu is a very open featured guest. She shares details of her origin story and the motivation that drives to her help heel our world through music.

She was born in the Philippines and moved to the United States at 10 years old, growing up in the third culture: the old country, the new country and a blend of both worlds. Mainly influenced by listening to Alan Lomax's field recordings from the South and growing up listening to her uncles' Filipino folk guitar fingerpicking, her music is reminiscent of front porch storytelling, of ghosts and the living, times of laughter and tears. She tours solo as well as with her band as Aireene & The Itch.

Her fifth album, Back Where I Belong (2016), pays tribute to the great rhythm and blues artist Sugar Pie DeSanto along with favorite American and Filipino folk songs produced produced by Little Village Foundation, a non-profit label founded by venerable blues keyboardist Jim Pugh. The album has received positive recognition and reviews from KQED's The California Report, San Francisco Chronicle, Living Blues and No Depression magazines. 4.5 out of 5 stars review All About Jazz.

A Color-Coded Symphony is her latest project which premiered at the San Francisco Asian Art Museum in 2017. This performance piece is a musical experience connecting the audience’s ethnic origins to rhythms of the world and whose aim is to nurture curiosity and openness towards other cultures through music. 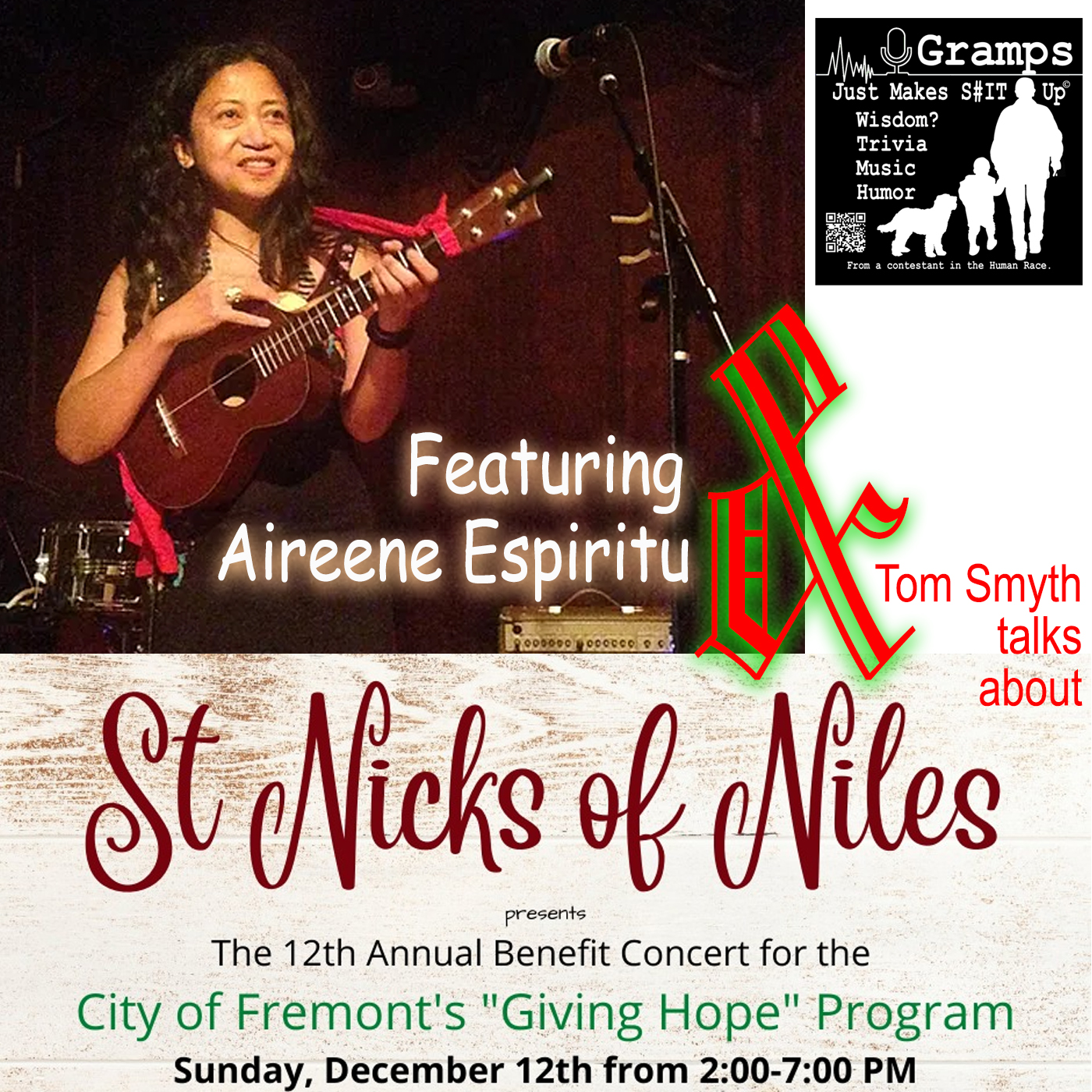 Christmas 2021-Gramps Should Get Coal Again

Featured guest, Aireene Espiritu, share her roots that grew into a passion for creating and singing and playing beautiful music t…