Congratulations! You've found another way to waste your time. You are welcome! 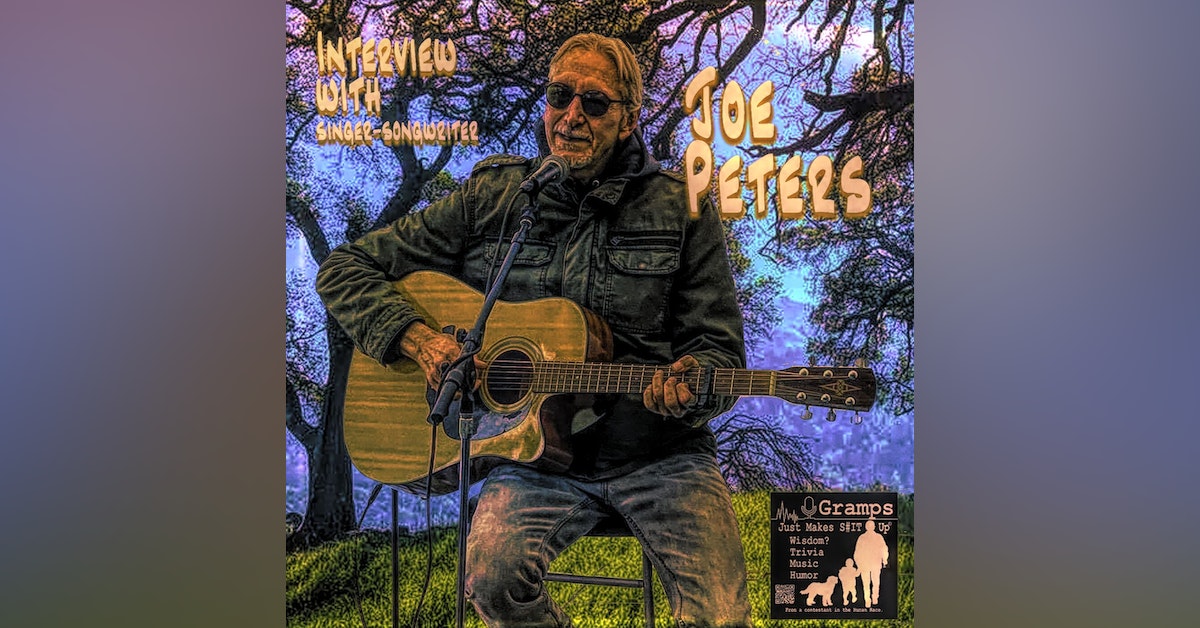 A wide ranging conversation with singer-songwriter Joe Peters, PhD. Joe has released over a dozen CDs of original songs. He grew up in the American Midwest during the 1960s and 70s, and his songs hearken back to a time when the youth of the planet sought the experience of peace, love and adventure, and expressed this search in their music.  He spent many years studying, traveling and working overseas, returning to the U.S. in 2006 to embark on a full-time career in music. Joe's nature-based background, his study of Eastern philosophies and his scientific bent all inform my songwriting

Joe is the former president of the Songwriters Association of Midnorth Indiana. His music has been frequently featured on  folk radio stations around the nation and abroad, both broadcast and online.  His song, Sail Away  won the first Blooming-Tunes songwriting contest in 2009 (Bloomington, Indiana). His original musical slide show, Root of the Matter, is featured on the website of Catholic Relief Services, with support from the Bill & Melinda Gates Foundation.

And, to learn more about the other artists mentioned in this podcast...
Dawn Ellerbeck
https://dawnellerbeck.bandcamp.com/releases
https://www.youtube.com/watch?v=preYvRiuX08

Email has been submitted.